A few years ago a young girl requested a viola with "Peace and Flowers." She picked out her wood, chose a da Salo design and off we went with the concept. At the time she wasn't fully grown, but we both knew she would eventually be able to handle a full 16 and 1/2 inches. As the viola progressed, Sarah would come over from time to time adding her input and occasionally her touches—especially with the interior which is entirely her own creation. Nearing completion, we approached the New Mexican jeweler, Chase Bramer, with the idea that he would create the peg adornments in the form of silver and copper mokume which he hand fuses in the old Japanese style. The viola, "Peace," is the result which Sarah first played this year on her seventeenth birthday, December 7, 2013. 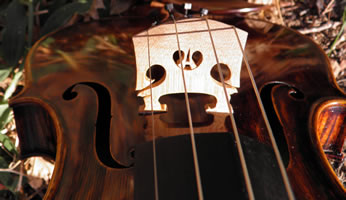 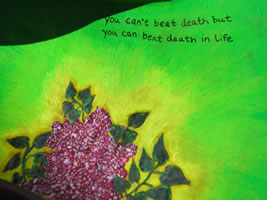 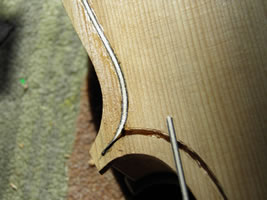 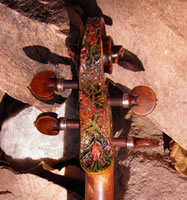 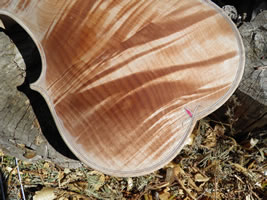 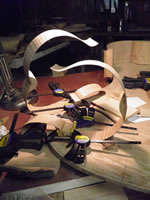 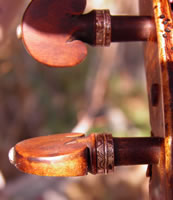 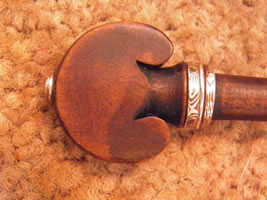 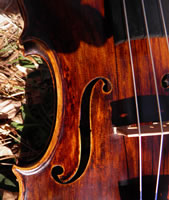 Read An American Master Violinmaker at Work, an article from Forbes Magazine about Anne.

Read The Art of Violin Making—A modern luthier crafts her own tradition, an article from Strings Magazine about Anne.

“No modern maker, in my opinion, embodies the essence of the old masters, the vision, the creativity, the instinctive tonal mastery, better than Anne Cole.”